This article outlines everything you need to know about alarm states.

What is Alarm States?

Under alarm states, equipment is considered as existing in one of two states: 'Normal', and 'Alarm'.

When the state of the asset changes, two things will happen:

On the Alarm List Page, the event will appear with an "event status".

This indicates to you the progression of the event and how it has been addressed. Possible statuses include:

It's only once the event has been acknowledged that you will be provided with the option to set the alarm as 'Valid' or 'Invalid' and provide a reason why. These pages will look as follows: 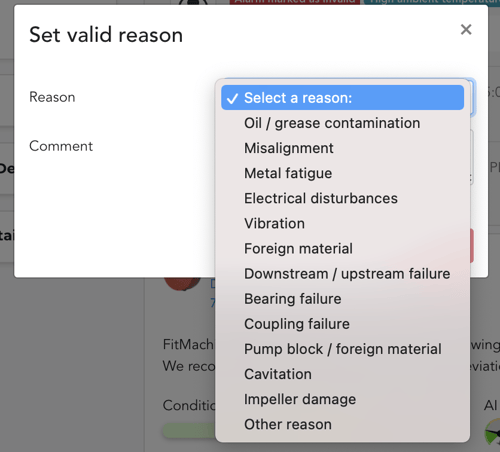 Thanks for reading. As always, if you have any questions or concerns, please contact MOVUS Support here.